Book a wonderful stay in one of our Villas

For millennia Puglia has been predominantly an agricultural region, producing around 40% of Italy’s olive oil and a large proportion of its wine. Vast tracts of the region’s territory are given over to farming like “masseria” and many inhabitants continue to grow their own produce. Its diversity is derived from the sea, the varied vegetation and the large areas destined to pasture means that unique and delicious combinations are created on the table.
This essentially agricultural nature means that the region’s cuisine is home-country inspired, predominantly using the abundant local produce such as tomatoes, artichokes, beans, peppers, onions, beef and lamb. 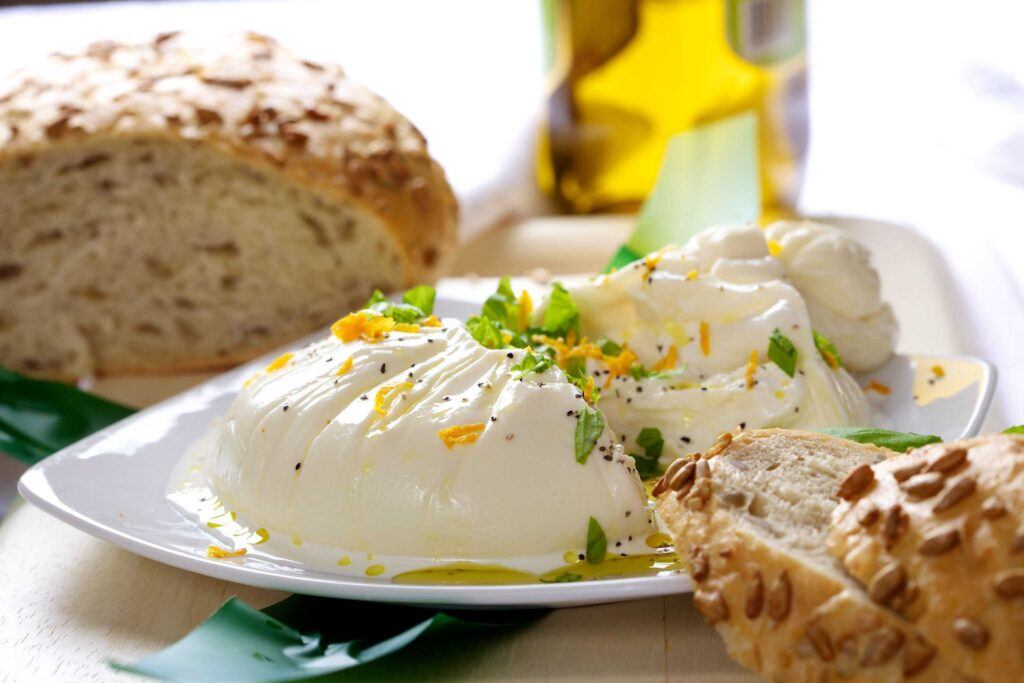 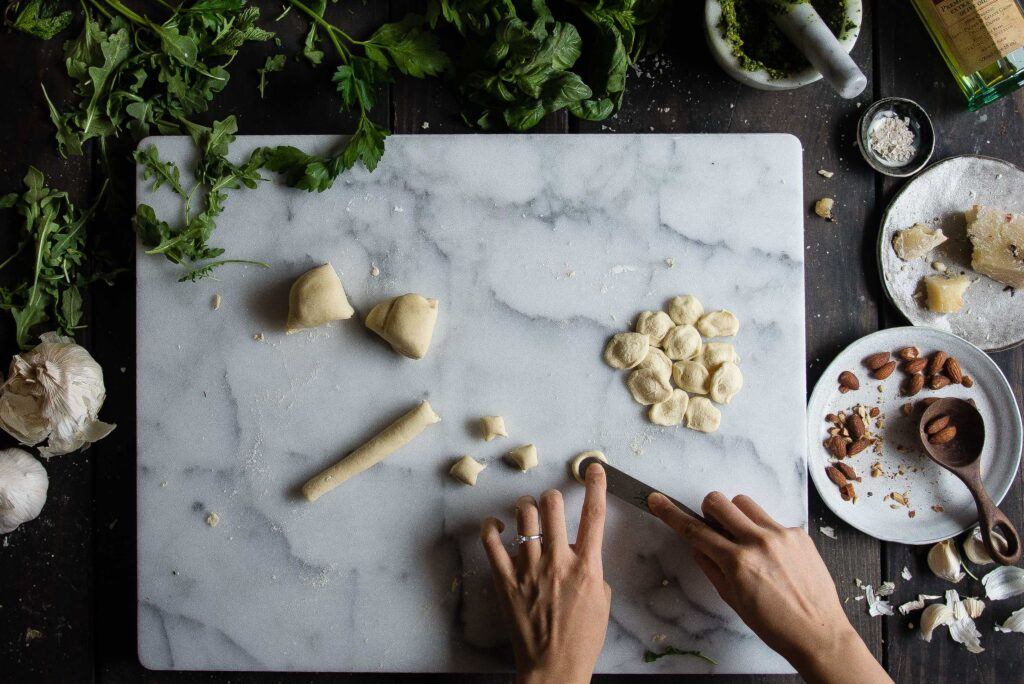 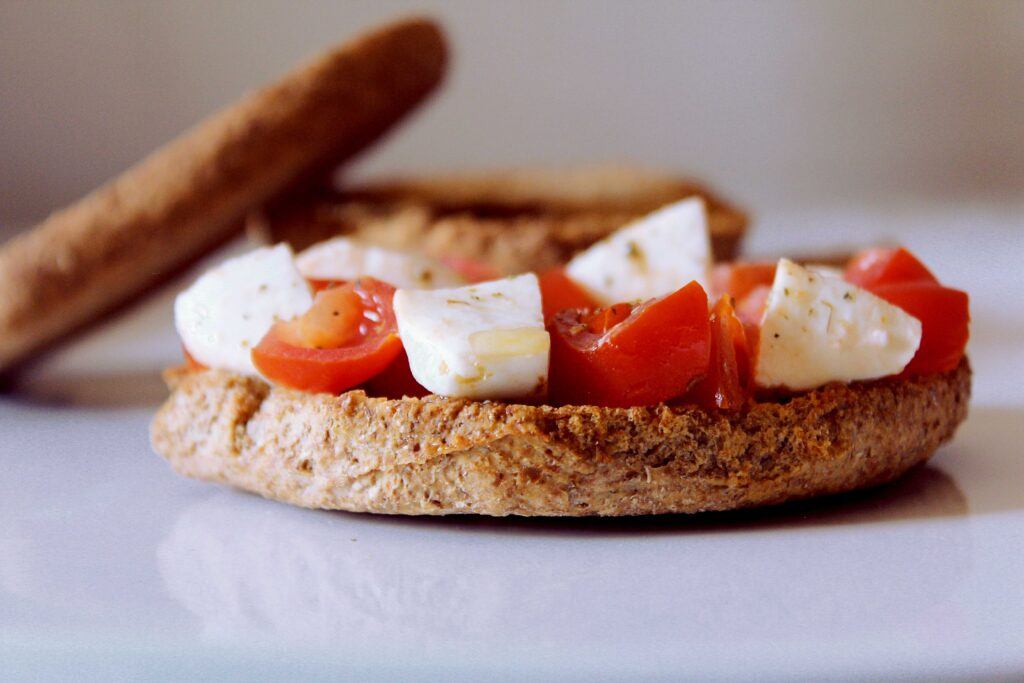 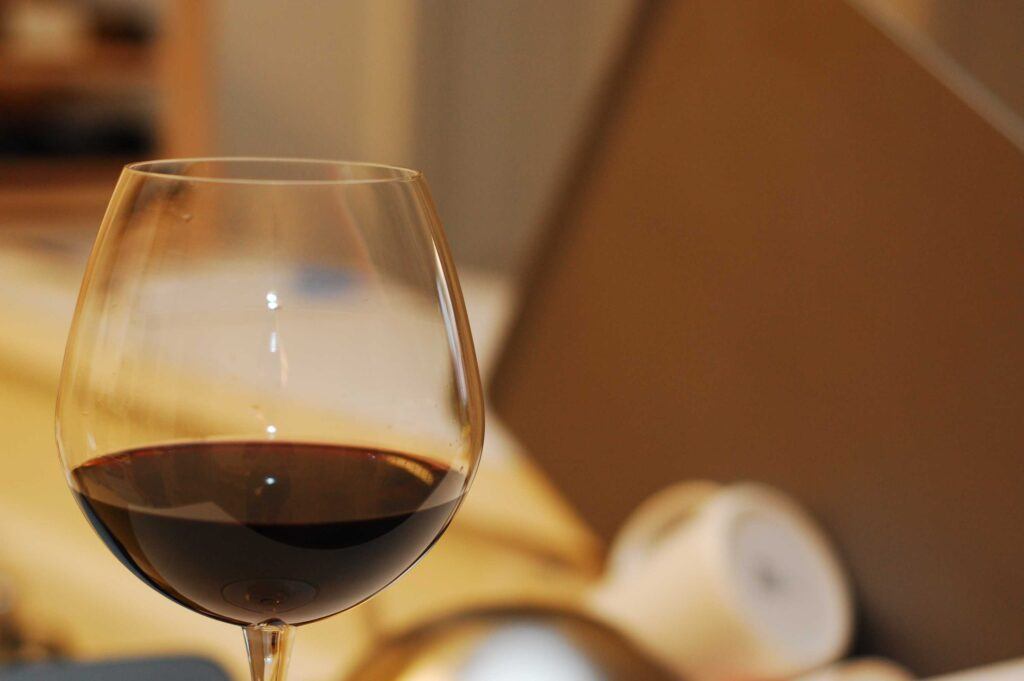 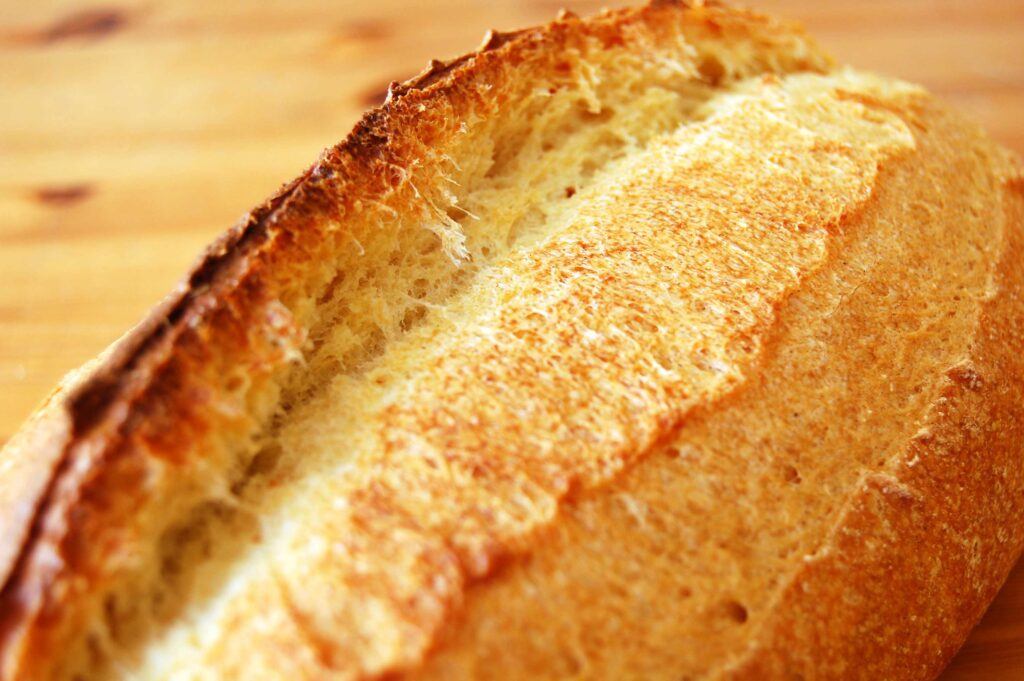 Best foods to try in Apulia: Burrata, literary meaning buttered, is an artisan cheese made by hand with cow’s milk, rennet, and cream. It is believed that it was created by a cheesemaker who had an idea to form a shell of stretched mozzarella strings and fill it with luscious, rich cream and smaller, leftover pieces of mozzarella. It resulted in a true delicacy with creamy interior and a rich flavor of fresh milk. It can be served alone or accompanied by fresh tomatoes and prosciutto crudo. Other famous cheeses are Canestrato Pugliese, a DOP cheese made exclusively in Puglia and Ricotta forte.

Orecchiette is one of the most popular pasta shape from Apulia. This variety of Italian pasta is characterized by its shape, which is reminiscent of small ears. Their shape gives them a unique texture that is soft in the center and slightly chewy around the edges. Orecchiette were invented in Puglia in the 8th century, when the region was under Norman-Swabian rule. Orecchiette pasta is usually served with tomato sauce, meatballs, ricotta cheese, or broccoli.

Frisele or frise is a traditional Italian rusk originating from Puglia. It’s made with a combination of plain flour, semolina flour, sea salt, yeast, and water. The rusks are double-baked, which greatly improves their shelf life. In the past, they were ideal for field workers or fishermen going out to sea. When served, friselle are usually soaked in seawater or springwater. If the rusks are topped with fresh tomatoes, they are then known as friselle Salentina, a specialty of Salento.

Lots of wines are also very popular like Primitivo, Negroamaro and Castel del Monte but also some liqueur as Nanassina and Liquore di Alloro are at the top of the rankings. Most known meals are also Panzerotti, cozze alla tarantina and Pane di Altamura. Panzerotti are traditionally prepared for the Carnival season and they are extremely popular all across southern Italy. They resemble small calzone pizzas—both in shape and the dough used for its preparation—but instead of being oven-baked, panzerotti are deep-fried. The classic panzerotto filling consists of merely tomatoes and mozzarella, but they can be filled with pretty much anything and in various combinations.
Cozze alla Tarantina is a delicious seafood appetizer consisting of mussels served in a spicy tomato sauce. The tomato sauce is typically flavored with garlic, parsley, chili, olive oil, white wine, and pepper. It is served with toasted bread which can be used to bread-dipping all of the sauce.

Pane di Altamura is a country-style bread that has been traditionally produced in the provinces of Bari and Barletta-Andria-Trani for centuries. It is made only with durum wheat dough, natural yeast, salt, and water. Since the loaves were supposed to feed whole families for one or even two weeks, the bread of Altamura had to be very durable, which is, even today, one of its most prized features. With its crispy crust and the abundant straw-yellow crumb, it is also an essential ingredient in many traditional recipes such as the zuppa povera, an aromatic tomato soup with toasted cubes of Altamura bread. It would be impossible to draw up a list of the best dishes, which are often the result of gastronomic experiments by degustation experts, who know how to combine the best fruits of the earth and the sea with experience and imagination.

Our collection of villas in Apulia 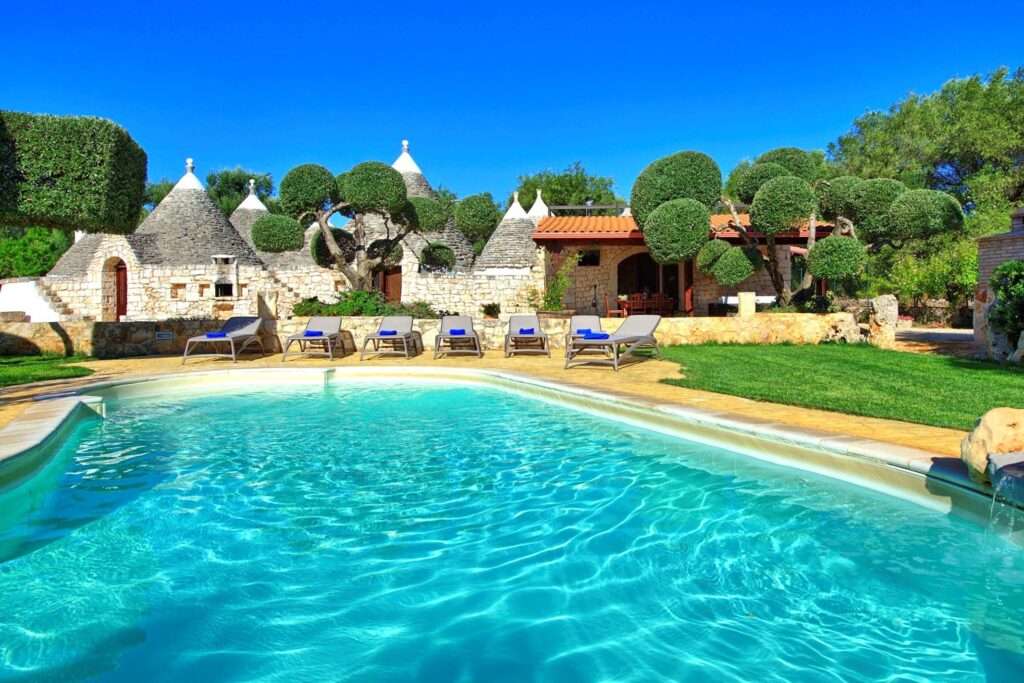 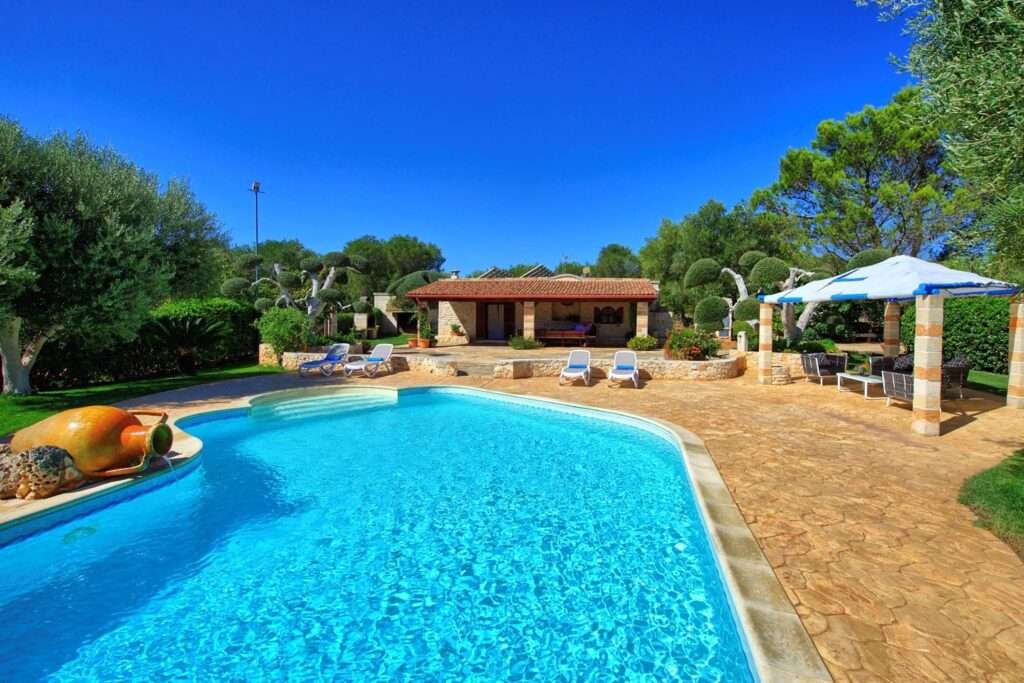